International Society for the History and Theory of Intellectual Property

1. ISHTIP has been established to facilitate the development of interdisciplinary research in relation to intellectual property norms (broadly understood to include legal, social and other norms that purport to regulate the creation, evolution, dissemination and re-use of ideas, expressions, creations, innovations, as well as commercial signs and symbols). In particular, ISHTIP has been established to bring together scholars working in law, the arts and humanities, and the social sciences, to explore why, how and with what effect different societies at different times have sought to recognise particular ideas or artefacts as new or creative, to identify and attribute particular responsibility for discovery and creation to individuals or groups, or to empower particular individuals or groups to control or limit the re-use of particular intellectual ideas or signs.

2. ISHTIP encourages such research through the hosting of an annual workshop, the establishing of a network of interested scholars and through a website that operates as a location for sharing resources.

3. ISHTIP is an unincorporated association.

4. ISHTIP has two Directors, a Governing Board, and an Executive Committee of the Governing Board. Both Boards comprised initially volunteers who came together to found the Society and indicated a willingness to give their time and energy to the Society. This Constitution formalizes these arrangements, provides for transition to the formalised regime, and introduces a new category of ‘Advisory Board members’.

6. The Directors shall take primary responsibility for ensuring the success of the Society. In particular they will

7. The tenure of a Director is 5 years. However,

(i) Directors may resign at any time, but with effect from the next Annual Meeting (at which time a replacement will be elected);

(ii) A Director may be removed at the request of the other Director by means of a vote of 70% of the Governing Board.

8. On completion of their terms Directors will move onto the Society’s Executive Committee for 2 years and Governing Board for 5 years.

9. At least one prospective Director must be nominated by the surviving Director. Other members of the Governing Board may also nominate candidates.

10. The Directors are elected by the Governing Board by majority vote. In the event of a tie, the vote of the Executive Committee shall count double.

11. Transitional. The term of the initial founding directors will come to an end in 2014 (Bently) and 2016 (Woodmansee), though they may be re-elected.

12. The first election will occur at the Annual Meeting 2014.

14. The Executive Committee consists of

(i) the Society Directors (and former Directors, as provided in paragraph 8), who shall co-chair the Committee

(ii) the organiser of the workshop for that year,

(iii) the organiser of the workshop for the previous year,

(iv) the organiser of the workshop for the following year, and

15. The Executive Committee will assist the host of the workshop for any particular year in:

18. The   Governing Board shall be comprised of no more than 25 persons (including the Executive Committee), all of whom must be academic scholars with continuing or emeritus posts in universities.

19.  Members of the Governing Board are expected

(i) to attend the annual workshop;

(ii) to attend the annual Governing Board meeting; and

(iii) to contribute their ideas and energy to ensure the development of the Society.

20. The Governing Board shall

(iii) elect and re-elect new Members of the Governing Board (para. 22).

21. Prospective new members of the Governing Board shall be nominated by the Directors for the time being, having regard in particular

(ii) to the importance of ensuring representation from a broad spectrum of research paradigms, cultures, places and discourses.

22. Following nomination by the Directors (under para. 21), new members of the Governing Board shall be elected by the existing Governing Board by majority vote. No person may, however, vote in relation to his/her own position.

25. Retiring Governing Board members will become ‘Advisory Board members’ (para. 28) and will be listed on the Society website along with their dates of service.

27. There shall be a category of ‘Advisory Board members’.

28. All former members of the Governing Board shall become ‘Advisory Board members’ in recognition of their contribution and continued engagement with the Society.

31. Where the meeting is not quorate, or where both Directors cannot be present, a further meeting may be held electronically through e-mail circulation.

32. At the Annual meeting the Governing Board:

(i) shall determine who shall host the annual workshop for the 2 subsequent years;

(iii) shall consider whether and if so how to carry out any other activities that would further the goals of the Society;

(iv) authorise any such action as it deems appropriate to further the goals of the Society.

33. In deciding where to hold the workshop, the Governing Board should seek to vary the locations of the Workshop geographically, and as far as possible to ensure that workshops are hosted at institutions with diverse disciplinary affiliations.

34. Except as provided elsewhere, in coming to decisions, the Governing Board shall act by majority vote. In any case where a vote is tied, the votes of the Executive Committee shall count double.

35. The annual Workshop shall

(viii) Include papers from new as well as established scholars, and seek geographical variety.

36. The Workshop shall be publicized on the ISHTIP website.

37. The host may charge those attending the Workshop a sum to cover event costs. However, it is expected that the host will do its best to keep such costs to a minimum and will seek funding to allay costs.

38. A selection of the best papers from the Workshop may be hosted on the ISHTIP website with authors’ permission

39. The Society shall operate a website. The Governing Board will from time to time decide the most appropriate host for the website. (At present, the website is hosted by CREATe at the University of Glasgow.)

40. One of the Directors for the time being shall hold and maintain the domain name www.ishtip.org

(i) details of the ISHTIP constitution;

(ii) the details of the Directors, Executive Committee, and Governing Board;

(iii) details of the next annual Workshop, and call for papers;

(iv) an archive of previous Workshops, their themes and contents;

(v) a selection of papers from previous Workshops;

(vii) details of other ISHTIP activities.

42. This Constitution may be amended

This Constitution was agreed to electronically on or before July 2, 2014, by the following members of the initial Governing Board:

International Society for the History and Theory of Intellectual Property (ISHTIP) 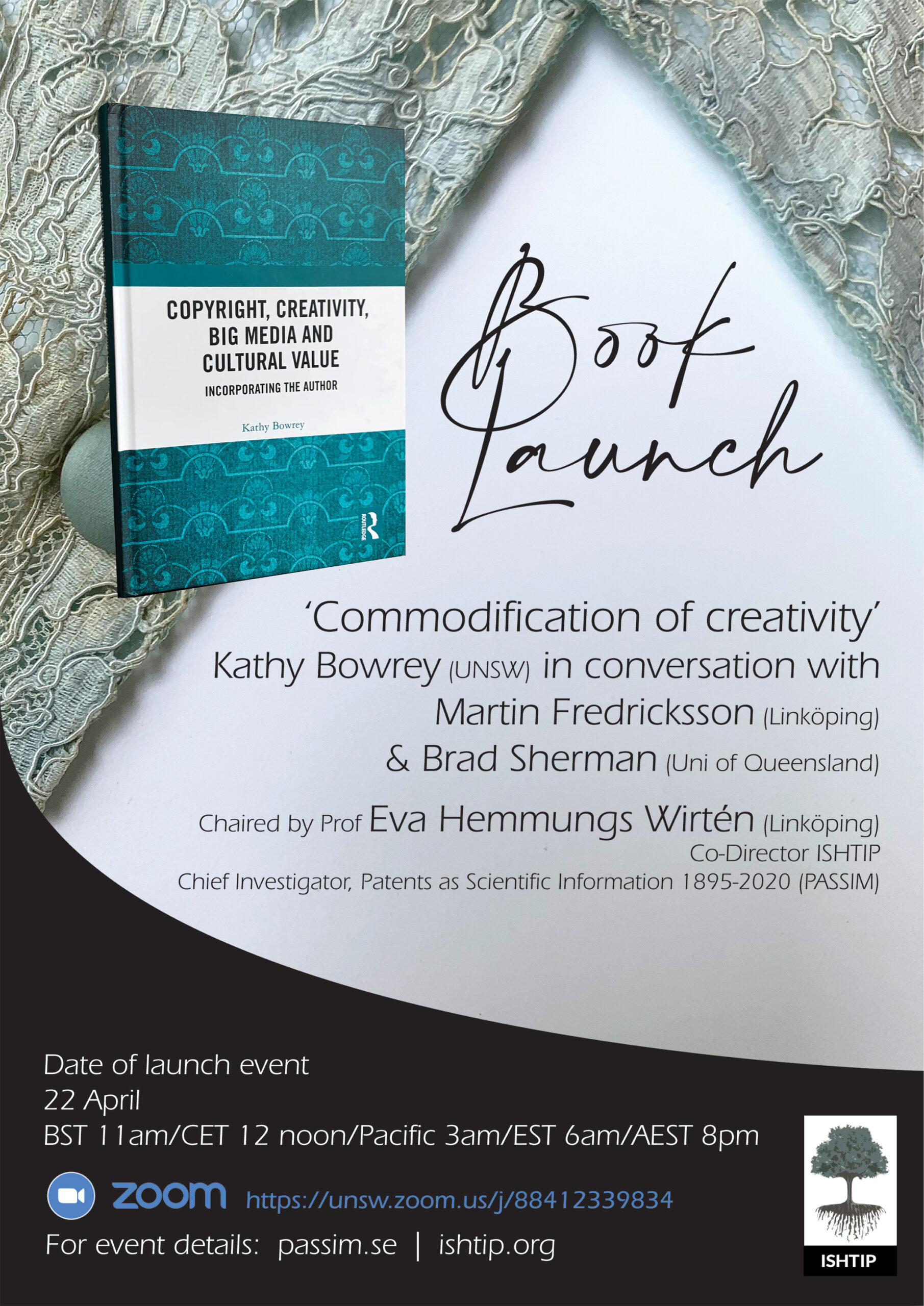 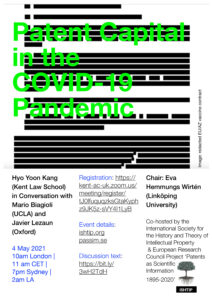 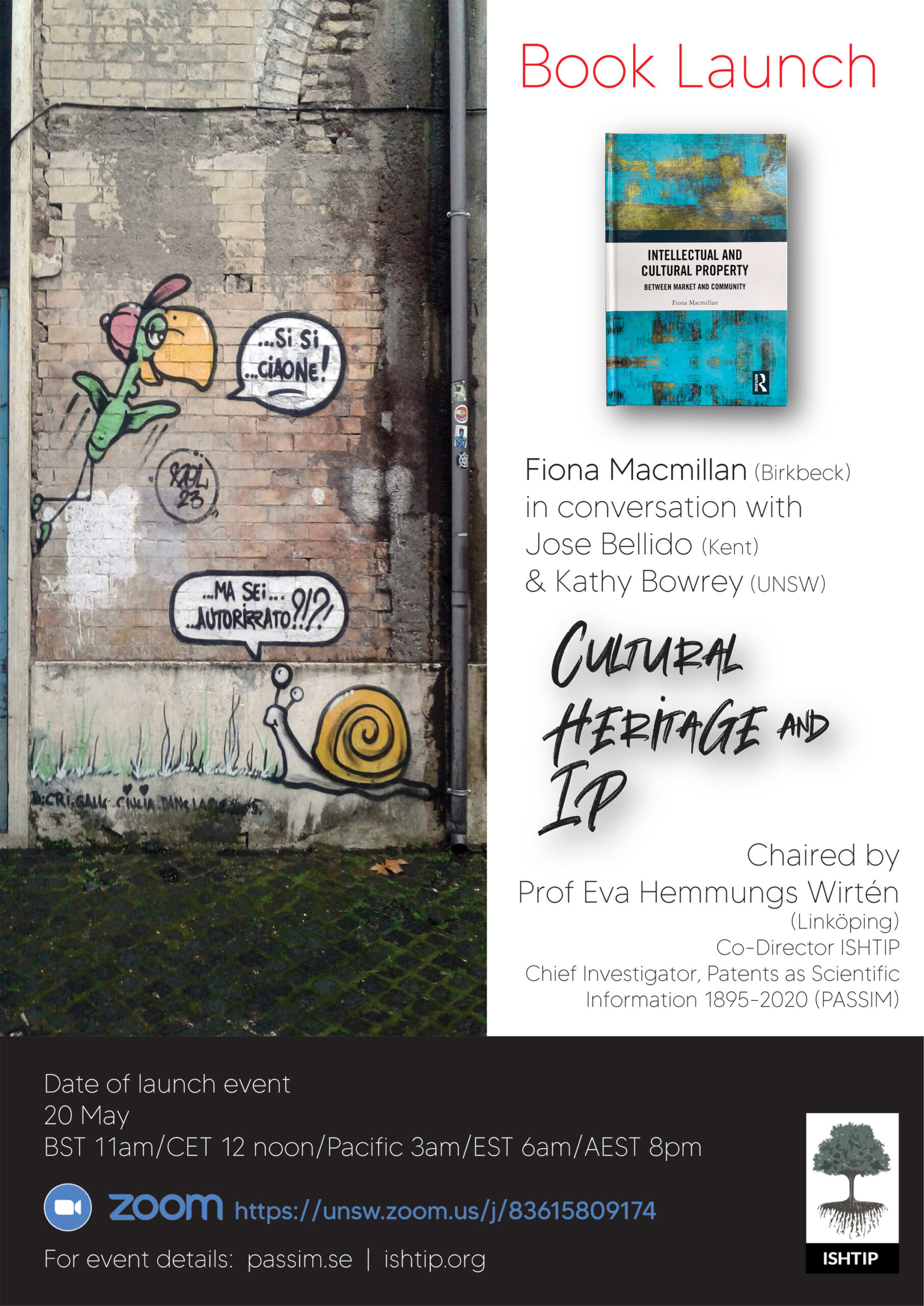